I recently received an email campaign Marketo put together to target HubSpot users such as myself. My agency is a HubSpot Gold partner and we’ve been using their technology to manage our marketing efforts for many years now. Marketo is one of HubSpot’s biggest competitors.

The purpose of the email was to let me know that Marketo is better than HubSpot (from their perspective anyway) and ask me to schedule a meeting for further discussion.

When I dissect the exchange between me and the Marketo rep and the emotions it invoked from my perspective as the prospect, it reinforced many of the things I’ve been writing about regarding buyer personas, sales messaging, and differentiating from the competition.

Read more to get a real life example of the prospecting process and see firsthand what sales strategies can engage - or disengage - a potential customer. 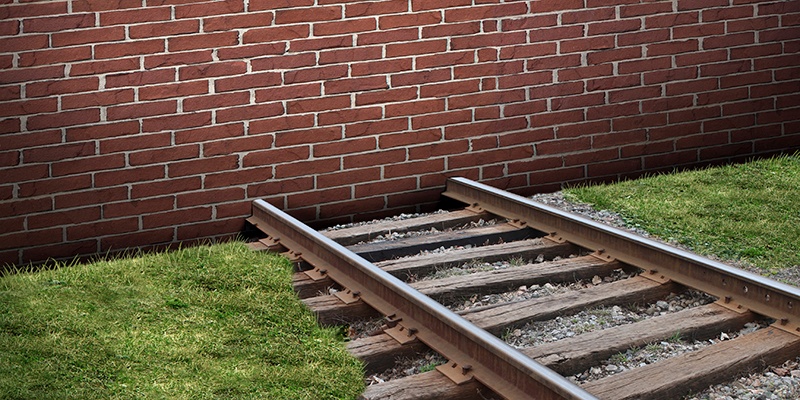 Trashing the competition and exuding superiority over them can quickly turn off potential customers. For example, here’s the first sentence of the sales email I received from Marketo:

"Noticed that you’re using HubSpot (that’s a good start because it caught my attention and showed that the rep knew something about me). A high volume of companies are graduating to Marketo for the following benefits:"

The word "graduating" incited a flicker of emotion as I read it. It’s a clear indication that the salesperson feels superior, which automatically puts me in an inferior position. I feel good about what we do with HubSpot and the results we get for our clients. When the rep says "graduate", it insinuates that I’m at a lower level.

In the email, there was a link to the "Marketo advantages over HubSpot" document. Although I was put off in the first sentence and honestly have no pain or intention of changing from HubSpot, I was curious about what they think the differences are between the two systems.

As I was reading the Marketo vs. HubSpot document, everything Marketo said HubSpot couldn’t do I thought, "I can do that. I can do that. I do that all the time." The more I read, the more credibility Marketo lost. I just posted a blog post about this very topic. In it, I indicate that inaccurate representations of your competition severely undermines your credibility.

Then, I went online and found a web page HubSpot created about why they think they’re better than Marketo. Here’s what I didn’t like about either document - Marketo’s or HubSpot’s: it feels like a playground fight. "HubSpot is organizationally challenged." "Marketo is complex and difficult." Yada, yada, yada. From a prospect’s perspective, neither of these documents would add value to my decision making process. Who am I supposed to believe?

So the funny thing is that while they’re trying to differentiate, they’re actually doing the exact opposite!

This experience also reinforced the importance of putting yourself in the buyers shoes and thinking very carefully when crafting sales messaging.

Benefits Are Unique to Each Prospect

In the email, the rep went on to talk about why companies (not sure if he meant HubSpot users or just companies in general) are "graduating" to Marketo. Since I’m not having any particular pain with our HubSpot tool, those "benefits" didn’t incite any feelings of disquiet or anxiety that would make me think, "Hmmm...that’s sounds interesting. I better check that out."

This is a perfect example of how you (as the seller) might think you have all of these benefits, but they are only benefits if your prospect is experiencing pain.

When I reflect on the emotions that I experienced reading that email and document, I can see now that I felt defensive. That one word - "graduate" - was enough to put a negative tone on the entire email. Couple that with the discrepancy I discerned on the Marketo vs. HubSpot document, and I felt like I was being attacked. Maybe I’m extra sensitive because I’m so closely aligned with HubSpot, but salespeople need to have a strong emotional quotient so they can identify how a prospect might feel throughout the entire sales process.

Unfortunately, things continued to spiral into a negative exchange. I regret this now, but I felt insulted and emailed the rep that his document felt like trickery because I didn’t understand why they were saying HubSpot couldn’t do some of these things when I use it to do them all of the time.

He emailed me back,

"Completely understand where you are coming from. A lot of companies that use HubSpot that don’t have aggressive goals do not see the pain points of HubSpot."

"Don’t have aggressive goals" - seriously? "Don’t see the pain points" - what am I, an idiot? So once again, he’s insulting me and trying to put himself in a superior position. I can tell you how I feel every time I read that statement: well, maybe I shouldn’t. It doesn’t feel good; I can tell you that. Sigh.

Knowing that I’m a HubSpot partner (if he doesn’t, he should before sending me an email like that), the Marketo rep could safely assume that I have some positive association with HubSpot. If the Marketo rep’s goal is to make me start questioning HubSpot, having a deeper understanding of my emotional connection to a technology I’ve been using for years is critical for developing compelling messaging.

Maybe a better tactic would be to email me examples of what he thinks they can do better than HubSpot. Like if Marketo thinks they have "easier organization", show me how good your system is, and let me decide if it’s better than what I’m currently using or not. Be confident in the value of your offering.

I stand by Jill Konrath’s statement that "true competitive differentiation comes from helping your prospect make a good decision." Marketo is right for some people, and HubSpot is right for others. Both of them are just tools, and are nothing at all without people that fully understand how to use them to achieve results.

I’ve used technology enough to know that no system is 100% perfect and that much of the ROI depends on how proficient you are at using it. Of course, there are situations where the tool doesn’t have a critical functionality you need, but that’s okay. It just means it’s not the right tool for you. No harm, no foul.

In case you’re wondering, here are the resources I found online from each company touting their differences:

There are a bunch of articles from various people if you do a Google search too. If you find an impartial review, share it in the comments below!